Hi guysssss! It’s been a minute.

It’s December already ! Detty December loading . How was November? There was #nonutnovember , #noshavenobember, and it was also declared a fasting month(RCCG) there were most likely others but those are the ones I was aware of. Did you participate in any??

Anywayyyyyyy,I had a bittersweet November. It was filled with every emotion. So many experiences! Good,bad,funny(hilarious actually)and the uglyyyy!!!(I’d fill you on this later) But! Here I am. Here you are. Reading this. Which means I pulled through (to an extent )and so did you! And I’m proud of you💜.

November started really rough and tough . Guysssss. I bin wan ded. The first hours were alright but at the end I was like “Oluwa Wetin dey happen?” “Safe me plz” . Moving on, I sort of opened up to a few people and yeahhh. I felt better a little bit. I had to pick pieces of my self and moveeeee. I made plans to distract myself and move along with life 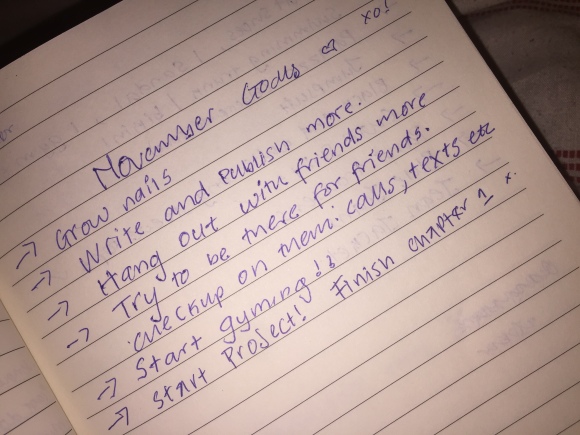 Yaaaa. They are little tiny itty bitty goals that could easily be monitored . So update!

– did I grow my nails? Yess! I mean I have the most annoying nails ever(especially the thumb!! After growing it and I felt I was making progress, it broke at the bottom and I had to cut off the whole nail. So much for dedication)They are so weak! So it feels like it has been on one spot since forever. (It has actually been on the same spot ). Lowkey it feels like it grows shorter. Below is a picture of the progress 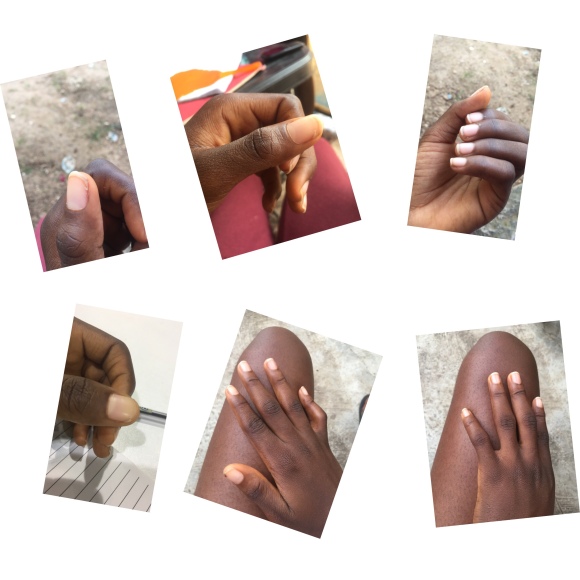 Twoooo. Yes I wrote a lot . But I didn’t publish. I’m moving that plan to December! Watch this space. Back to back articles (so help me Jesus)

I hung out with a few friends (really good ones) Andddddd I tried to be there for friends but i was also going through stuff. (Told you it started rough and tough) For those who did check up on me,I love you guyssss!!

Yessss I continued my project. Super stressful but we bless God.

In all , I learnt to accept certain things and understand a lot, have a little more patience, to be ready for anything, to be consistent, to talk to the right people, protect your peace and to keep moving.

What did November teach you?

P.s I’ll update you on the good bad and ugly and funny!!!experiences. Love ya!

P.p.p.s haha. Shareeeeeeeeee! Plus tell me how your November went ! X❤️

P.p.p.p.s yeah davido’s album slaps and fireboy is only going to get you in your feelings. Be a marlian today.

Babe this is so good. This one got me “detty December (laughs in account balance)” . Something I can relate to😂😂😂

1st of November is all I can remember, other days Na b-speed
I was even surprised when someone wished me happy new month. Babe I was like Weytin happen to November and I just kept mute, no one knew what was running in my head, I just dey sha
But we still move na d Koko

November was the worst 😭😭😭😭still no boyfriend 😒😭😭😭

Huhhhhh, well November was hahaha
A broke month, the way money take disappear from my hands ehnnn, only God can airpus
Went through tough times😔, but God dey
We are still alive & kicking

Your nails grow in slow motion 😜

December would be better .

I broke up with all my 4 girlfriends in November because my akant is in no way ready for detty December and that nigga ain’t joking with me.

In other words, akant mi lazzdent and cannot buy food for anybody’s daughter this December.

I broke up with all my 4 girlfriends in November because my akant is in no way ready for detty December and that nigga ain’t joking with me.

In other words, akant mi lazzdent and cannot buy food for anybody’s daughter this December.

I doubt your nails will ever grow past that 🌝…..but yeah, my November has been really stressful, barely have time for myself and friends but hopefully December will be a better month.

Hater💀💀💀.
I hope you have a better December ✨

Spent most of my november in NYSC camp 😂😂.. it was both fun and stressful but I had a great time!!!

Your blog is fun af!!!❤️
November was a whole lot for me tbh. Emotionally draining tbh by far my worst month lol. But we move

I had the most eventful November ….some days were good like really good😋😊…some days were bad🙄…and some days just made want to tear my skin of my body😭

I had a naughty November 😫

November taught me a lot sha! A whole lot